Who is stonebwoy? And why should we learn a thing or two from him? Livingstone Etse Satekla popularly known by his stage name Stonebwoy is an award-winning Ghanaian dance hall, Afropop and reggae singer. He is the CEO of Burniton Music Group and has won several awards both in Ghana and abroad. For example, he won the International Act; Africa category at the 2015 BET awards, and in that same year won the artist of the year award at the Vodafone Ghana Music Awards. Stonebwoy is not only a musician but he is a great inspiration to youths of Ghana and the youths of Africa at large.

Below are 10  Success Lessons from Stonebwoy.

1. Believe in God: Stonebwoy attributes his success firstly to God, for the gift of talent and the opportunities that keep coming his way sometimes with little or no effort on his part. And he believes if God can help make him successful then he can also do the same for us too. And this is captured in his brand slogan Bhim, which stands for Bless His Imperial Majesty.  I can also attest to the difference God makes in our lives. Because the way things fall in place sometimes and how some opportunities come our way you know that it can only be the hand of God. This has really influenced Stonebwoy to compose songs like “Same God” and “Good Morning”.

2. Believe in yourself: Stonebwoy admonishes all his followers to believe in themselves and give a no listening ear to their haters. He believes that achieving success requires that we believe in ourselves even if no else does. This message reoccurs in some of his songs for instance,  “Tuff Seed”, “My Name”,  “Dirty Enemies” and “Loyalty”.

3. Don’t let fear conquer you: Stonebwoy believes that fear is a powerful tool that we have to use to our advantage instead of allowing it to conquer us. The fear of failure and the fear of being poor he states are some of the driving force that pushes him to work hard continuously and this message is captured in his new album Journey.

4. Be Humble: If anybody knows Stonebwoy, you’ll know that he is humble and truly he is one of the few humble musicians we have in Ghana. Even without knowing him listening to him talk, and his songs convey the message. Stonebwoy believes that for you to be truly successful you have to remain humble so that people can be willing to help you. Also, he encourages us to always understand that there will always be people that will be more skilled than us, and also there would be people that we will also be skilled than so we must always remain humble.

6. Don’t let the stigma from where you come from hold you down: Stonebwoy came from a humble background and a somewhat disadvantaged neighborhood, but he did not let that hold him down. It was rather fuel for him to push hard and challenge the status quo. Today through his foundation the Livingstone Foundation stonebwoy is inspiring hope in the youths in his former neighborhood and Ghana at large. 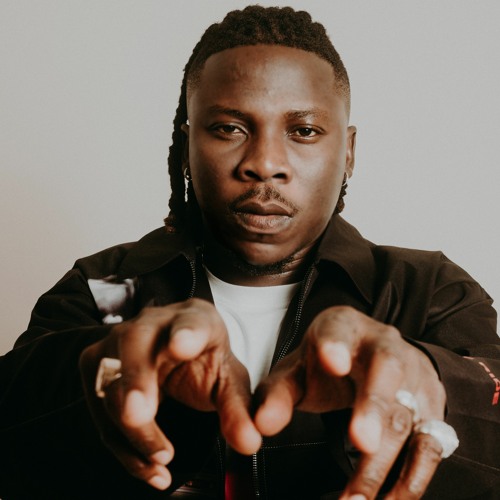 7. Don’t give up: Many youngsters especially the Ghanian youth are inspired by the fact that Stonebwoy did not let his physical disability stop him from pursuing his dreams.  And any opportunity he gets he reiterates the fact that he had a challenging childhood, but he did not let that stop him. This reflects in his songs as many of them are inspirational Afro-pop songs “Higher” and  “Tomorrow” are some examples.

8. Start small, but think global: Anyone who knows stonebwoy or his music would know that he is the exact representation of the statement starting small but thinking global. Today stonebwoy stands to be one of the most collaborated musicians in Ghana.  His goal is to raise the Ghanaian music genre to a global stage and as such has made some progress in this regard. He has collaborated with renowned international musicians like  Beenie Man,  Sean Paul, Keri Hilson, and  Alicai Harley among others.

9. Work hard and be dedicated to your craft: Stonebwoy believes that we have to continuously work hard at our craft. He attributes his success to a lot of hard work and consistency and states that you can never stop working because there is always new lands and stage to conquer.

10. Give back: Stonebwoy believes so much in giving back and encourages everyone to do the same. He demonstrates this through his foundation known as the Livingstone foundation and his annual concert, Ashaiman to the world. The foundation seeks to improve the quality of life of the Ghanaian citizen through education and disability justice.

I believe Stonebwoy is an inspiration to you to like he is to me. Kindly help share this article around and if possible until it gets to Stonebwoy himself.

I hope this article has been helpful to you, comment below what your thoughts on this topic are, and how this article resonates with you. And don’t forget to follow, like, and share it with your friends and let us all grow together.